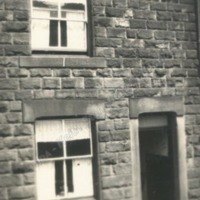 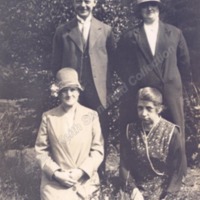 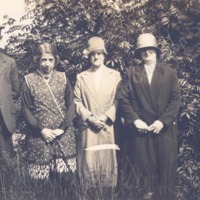 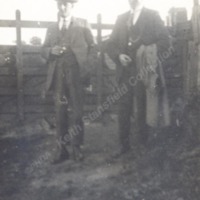 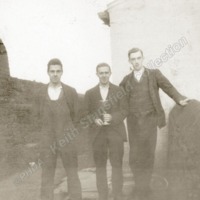 Jack Bridge cricket club won the cup in 1930. Here are three of the players. From L to R:

They are pictured at Hudson Mill with the bottom of Pilling Steps behind the group. Note that they… 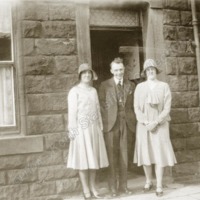 Pictured are Mary Hannah Greenwood (nee Speak) and husband Percy Greenwood. They are possibly surveying the new reservoir at Gorple which was completed in the early 1930s. The couple, married in late 1930, are walking along the track above Gorple,… 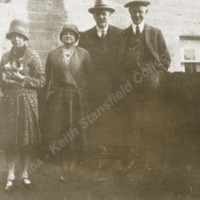 James Speak second from the right, as Alice Longstaff's father. 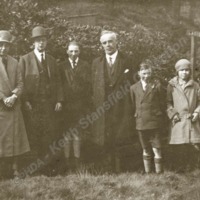 James Speak, 4th from the left, Alice Longstaff's father, pictured outside the chapel at Blake Dean. 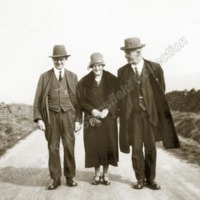 James, Alice longstaff's father, is on the right. Probably pictured on the road to Blake Dean chapel. 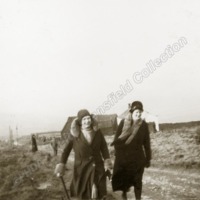 Probably dating from early 1930s, we see Mary Hannah Greenwood (nee Speak) on the right with an unknown companion. They are on the track above the Gorple reservoir workings, possibly returning to Colden after attending the Blake Dean Chapel… 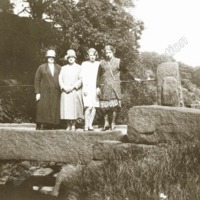 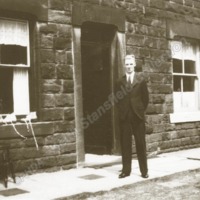 One of the players of Jack Bridge cricket team, Frank Thwaites pictured outside his home at Hudson Mill Cottages (now demolished). This indicates he didn’t neglect the whitening of his cricket boots even though he appears to be off to somewhere… 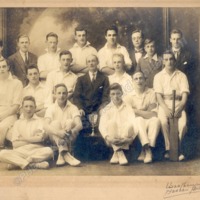 This is the Jack Bridge cricket team that played in the Hebden Bridge League. They won the cup in 1930. Their home ground was a field at Goose Hey, near Smithy Lane.

Most of the players would have worked at Jack Bridge mill. Pictured are: 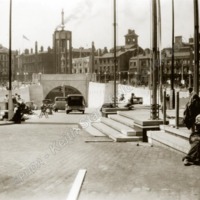 The tunnel was opened 18th July 1934, and this photo was taken the day before that. 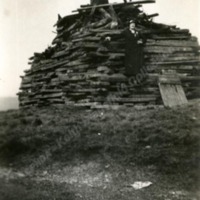 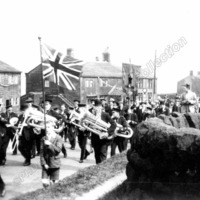 The procession is en route to the pavilion at Popples where a gathering was celebrating the Silver Jubilee of King George V in May 1935. 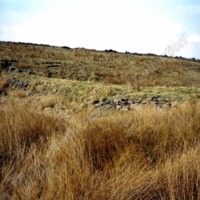 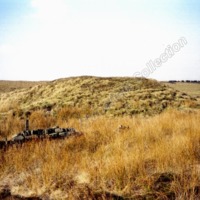 Mysterious mound below Noah Dale dam, possibly of puddle clay for repairing leaking dam prior to its final collapse in 1939. 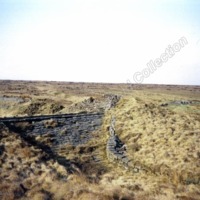 View upstream through the collapsed dam, c2003.
View all 49 items