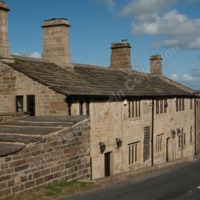 This exhibit looks at just a few of the villages in and around Calderdale and for each shows a small selection of the images we have in the archive. It is designed to be a taster. It is work in progress, more will be added.

Railway Stations in and Around the Calder Valley 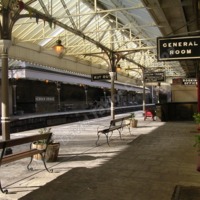 On 30th June 1840 the line between Leeds and Derby via Normanton was opened by the North Midland Railway, later a constituent part of the Midland Railway, and on the same day the York & North Midland Railway, later part of the North Eastern Railway, opened between Normanton and York and these were followed on the 5th October with the opening of the section of the M&LR between Hebden Bridge and Normanton, which became a busy and important passenger interchange. At the time these, together with the private Middleton Colliery Railway (1812) and the Leeds & Selby Railway (1834), were the only railways in what is today West Yorkshire but by the end of the century it had one of the most complex railway networks in the country.  It was neither a planned network nor even a co-ordinated network, but one that evolved as a result of piecemeal expansion by competing railway companies. As a result of this it was not only large cities that had more than one railway and station but even some quite small towns, Dewsbury, for example had three lines and stations and a fourth station had been planned.

During the course of the century over thirty railway companies were formed, authorised and lines constructed just in West Yorkshire and many others had been proposed that didn’t get built. By the end of the century most of these companies had been absorbed by one of the big five which dominated the region:

For the most part it is the names of these ultimate owning companies which are used here in the station descriptions. 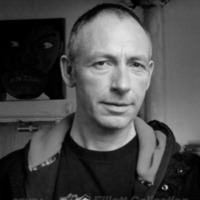 Welcome to the ‘500 Faces of Hebden Bridge’ page

The Trustees of Pennine Heritage, through its Pennine Horizons Digital Archive, are delighted to host this wonderful photographic record on behalf of Hebden Royd Town Council.

Jason Elliott started his ‘500 Faces of Hebden Bridge’ project in 2008; it took him two years to complete. It was designed to coincide with the 500-year anniversary in 2010 of the packhorse bridge which spans Hebden Water, and from which Hebden Bridge takes its name.

If you are one of Jason’s ‘500’ we would love to hear from you, tell us a bit about yourself and what you doing now, nearly 10 years on. Simply type your name into the search box to find your photo, then scroll to the bottom of the page and leave your comment, we very much look forward to hearing from you.

The Making of Todmorden 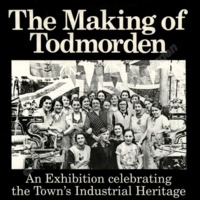 'The Making of Todmorden’ was an exhibition staged in June 1993 at Todmorden Town Hall. Initiated by Jack Taylor MBE and Todmorden Information Centre Trust it used material researched and compiled by Jack Taylor, Betty Savage, Derek Proctor, Dennis O'Neill and members of the Todmorden Antiquarian Society.  We are also indebted to the Fielden family and Roger Birch, who provided many of the images. Roger also did much of the work in putting the exhibition together. Opened by Nobel prize winner Sir Geoffrey Wilkinson, the exhibition received great acclaim. It tells the story of Todmorden’s rich industrial heritage and its people and the success was in no small part due to the detailed research undertaken.  It is a fine body of work and is presented here as a tribute to all those who contributed to the exhibition.

August 2017 - Latest News - A selection of display panels from this exhibition can now be viewed at Todmorden Library on their Heritage Days, the 1st Wednesday of the month. 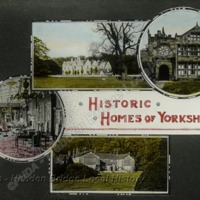 This folder contains images with notes on the Historic Homes of Yorkshire, a series of lectures first given to the Hebden Bridge Literary & Scientific Society by Mr. George Hepworth around 1916. An architect by profession, in 1894 he was a founder member of the Brighouse Photographic Society, and became a much sort after photographic artist and lanternist (someone who operates a magic lantern). He achieved wide popularity with his book 'Brighouse, its Scenery and Antiquities'; as only a 100 copies were published it has become something of a collectors item. The lectures take the form of a guided tour of the properties, and the language of the original notes has been maintained.

This was George Hepworth's own introduction to his series of lecturers:

"Yorkshire is rich in old Manor Houses and Stately homes – how rich is scarcely realized until we come across them so frequently in our wanderings. Around these “Homes” linger many legends, shedding over them a glamour of romance, and telling us of the thoughts, ideas and imaginings of the inmates who “lived” and moved and had their being there in a state of society very different to ours.

Thus it is that the men and women of earlier time seem to people these old houses, and often when we go through them, we call to mind the weird happenings and strange deeds done in these old-time edifices about which linger memories of witchcraft and legends of by-gone days as:

'Through the open doors, the harmless phantoms on their errands glide, with feet that make no sound upon the floors'.

Apart from their antiquity and the glamour of their old-world associations, there is about these old homesteads an intrinsic merit of artistic design and good workmanship which all those who value such things can still admire and enjoy. These houses of by-gone centuries possess a quiet dignity and charm of their own, with an agreeable suggestion of homeliness and comfort, they also express the sense if fitness and appropriateness to their use and surroundings, and also give some idea of the character of those who built them and lived at them".