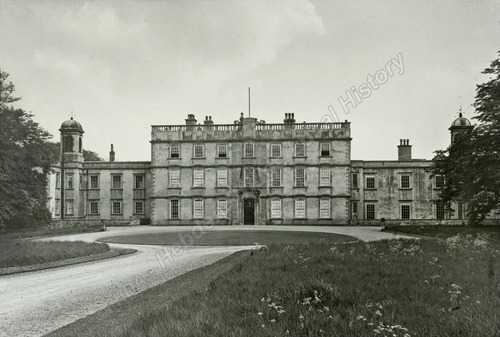 Slide 1 - Some three miles south of Doncaster, in a secluded and beautiful situation, on the banks of Don, stands the charming village of Sprotbrough. It is a place of ancient origin, as the name of Sprot occurs in Domesday, as a patronymic, and so Sprotbrough would doubtless take its name as having been the abode of some Saxon to whom that name belonged.

It is now chiefly noted for having been the place of residence of the ancient family of Fitzwilliam and afterwards of Copley. The Copley family have inherited the Sprotbrough estates from about the year 1557. Sprotbrough Hall was the seat of the late Sir Joseph Copley the last of a long line. His ancestors and the Fitz-Williams, have occupied the Hall for some 600 years. Copley, the painter, belonged to this family. The late owner was General Bewick-Copley, to whom it came though his wife who was daughter of the late Sir Joseph Copley to whom the estates descended.

General Copley saw active service in the battlefield and took a prominent part with much credit in several engagements during the Boer War in South Africa.