This album is a record of the mayoral year of office of Christopher O’Brien who was honoured to fill that office from 1985 to 1986 for Hebden Royd Urban District Council.

Christopher served as a local councillor for 20 years from 1969. He was a governor of both Stubbings and Riverside schools, as well as serving on the committees of various charities and the European group. He worked hard with other councillors to put Hebden Bridge on the map and pushed hard for a marina and swimming pool for the town. He persuaded a small group of people to help him as he rolled up his sleeves to decorate the Trades Club, turning it from an unused, dusty building into a useful amenity.

Christopher was born in 1924 in the small town of Ballinrobe, County Mayo in the West of Ireland. He was the eldest of five children. When he was just a few years old, the family moved to Mullingar where their father, John Lewis was an engine driver.

Christopher went to Mullingar Technical College to study engineering, before joining the Irish Railways working first in Galway, later as an acting fireman in Athlone and then as a steam-raiser in Mullingar.

The direction of his life changed in 1943 when he went to Belfast and joined the RAF. He always joked that he had intended to join the army, but the office was closed for lunch, so he signed for the RAF instead. Whilst there he represented the RAF at boxing at the Army, Navy and Air Force Tournament, as well as being selected for the bomber command football team. From his basic training at Lonkesh, there were a number of moves which eventually took him to Marham in Norfolk, where he met Hebden Bridge born Sheila Nutter.

As soon as they were demobilised in 1947 they were married at St Thomas’s Church here in Hebden Bridge and afterwards headed for Glasgow where Christopher had been offered an apprenticeship at the North British Locomotive Company. Here he designed engines, some destined for the South African Railway. Whilst in Glasgow their first daughter was born and the family stayed there until 1951 when he qualified as a draughtsman. The family then returned to Hebden Bridge where their second daughter was born.

Over the years Christopher worked for a great many companies, as a draughtsman in his early career and with experience, becoming plant manager. He worked on a wide variety of engines, valves and machines, working for diverse and well known companies such as ICI and Waddington games, and working on some really interesting projects such as the wheel system that turns the huge telescope at Jodrell Bank in Cheshire. During his time in engineering he was appalled at the number of accidents and deaths which he saw in the workplace, so became active in the union to try to encourage management to make machines safer. This did not always endear him to company leaders but he pushed on regardless, caring more about people, than his own popularity.

Christopher loved to be with people. He loved a laugh and a joke. Whether it was with family or people he met in the street, he would stop for a chat and bring a smile to your face. Being a local councillor and being involved in the community was very important to Christopher and this record shows the many events he supported during his time as mayor, which he was really honoured to do.

Christopher and Sheila celebrated their Diamond wedding in 2007 and Christopher celebrated his 90th birthday in 2014, passing away in the summer of that year. He would be delighted if this record brought memories, conversations and smiles to the people of Hebden Bridge. 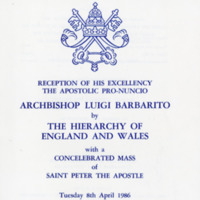 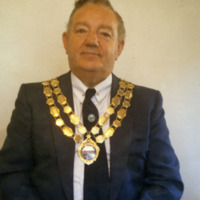 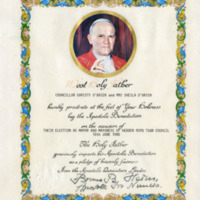 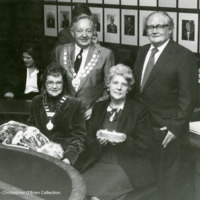 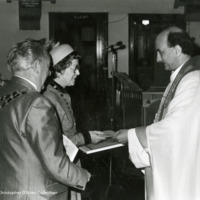 Attendees of the Civic Service - COC00239 Looking towards the Birchcliffe hillside - COC00238 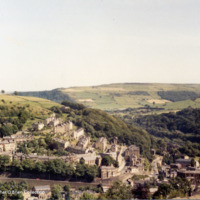 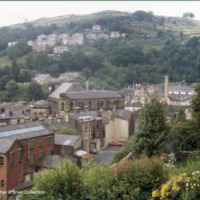 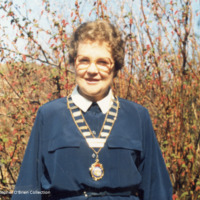 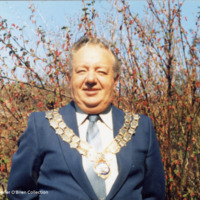 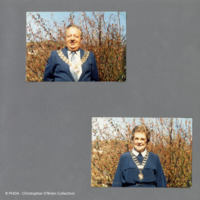 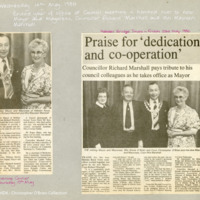 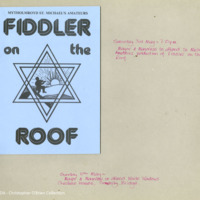 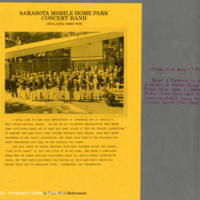 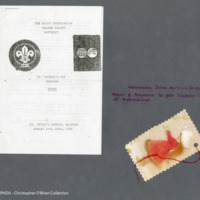 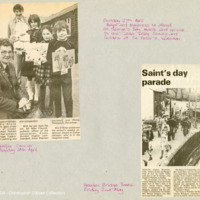 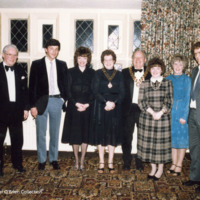 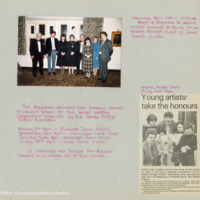 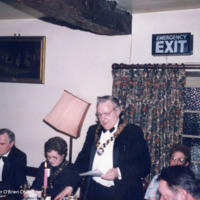 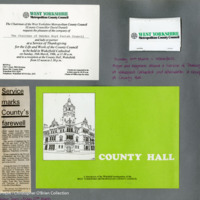