Haugh End House Sowerby Bridge is Grade 11 listed. Built by John Carr for John Lea from coursed squared stone and ashlar, with stone slate roofs. Main house has two storeys. The notes accompanying each photograph are from a series of lectures first given to the Hebden Bridge Literary & Scientific Society by Mr. George Hepworth around 1916.

Footnote: It has been brought to our attention that the text here is a little confusing. The pictures are definitely Haugh End, but the house is now called Old Haugh End, where John Tillotson was born in 1630. John Carr (1723 – 1807) was the architect for the 'new' Haugh End, built practically next door to the old house c1765. This house took the name of Haugh End and the original house became Old Haugh End. The 'new' house was featured in the television series Gentleman Jack. 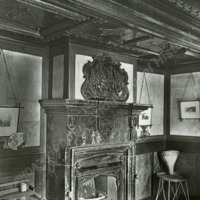 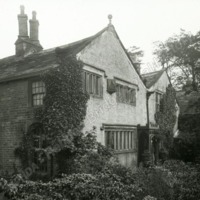