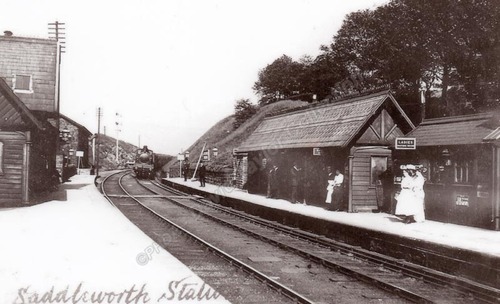 The station which is seen here about1900 had opened with the line in 1849. It was unaffected by the widening of the line in the mid-1890s as there wasn’t enough room alongside the existing double tracks. Instead a loop line, the Micklehurst Loop, was built by the LNWR between Diggle and Stalybridge with its own intermediate stations.

The station was closed in 1968 and the station building, seen here on the left, was converted into a private house and the remaining buildings and platforms demolished.