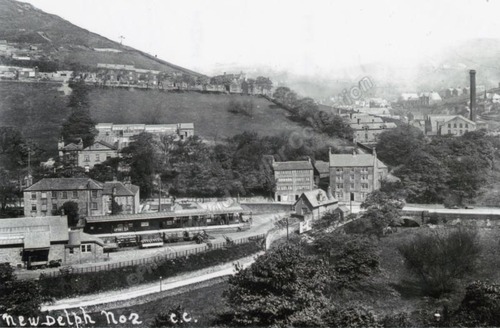 The branch to Delph left the Huddersfield – Manchester line south of Saddleworth Station. It had opened in 1851 and was closed in 1955 to passenger traffic but it continued to handle freight until 1963. The station building was converted into a private house.

Seen here at an unknown date but seemingly prior to withdrawal of passenger traffic in 1955 with a rake of goods wagons on a siding to the front of the passenger platform.